The Many Worlds of Lindeka Qampi

The first photograph Lindeka Qampi took as a member of the street photographer collective, Iliso Lebantu in 2006 was of sangomas (traditional healers). She was drawn by the singing at a ceremony in Khayelitsha near where she lives. “For me photography like being a sangoma is a calling,” she says.

Her attraction to the world of traditional healers is deeply part of her make-up. She comes from a lineage of traditional healers. Her grandparents were both sangomas yet she grew up in a Christian (ukolwa) home in the Eastern Cape where she was born. When she went to her mother’s funeral in 2009, she decided to begin photographing traditional life in her birth place. These are some of the worlds of Lindeka who uses her camera as she says to ‘write’ and explore her rich and diverse travels.

The Photography Legacy Project (PLP) has just completed archiving the multi-faceted ouvre of Lindeka. Her work spans a diverse range of topics township life, street fashion, and traditional life of isiXhosa speaking people. “Photography is about my life, my experiences and my continuing journey,” she says. In recent years she has been working with Zanele Muholi doing workshops for the LGBTQ+ community. She has also documented many facets of LGBTQ+ culture including gender-based violence funerals, weddings and events. In more recent years she has focused on the ‘self-portrait’ as a means of expression which has elevated her to the fine art world of photography. She has been the recipient of many international residencies and has exhibited widely. 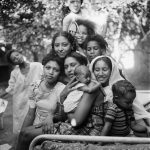 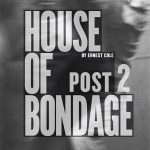