Martin Greshoff writes about the book he has created that contains photographs by Jan Greshoff of the iconic neighbourhood of District Six and the memoirs of some of those who lived there before it was destroyed by the apartheid regime.

My uncle, Jan Greshoff, was an architect who worked in Cape Town, South Africa, from the 1960s to the 1980s. He was a private and modest man and didn’t talk much about his photography. Jan had no children, and it was only after he died and his wife passed his archive of negatives on to us, his nephews and niece, that we discovered the full extent of his archive. His photographs cover many areas around Cape Town, including District Six.

In common with many architects, Jan was a keen photographer and his profession certainly informed his work and his interest in his environment. He was a very close friend of Jansje Wissema, who was commissioned to photograph District Six for the South African Institute of Architects at roughly the same time that Jan was photographing the area. In his lifetime he did not publish or exhibit his photographs, and it was only in 1996 that he donated some 800 images to the newly founded District Six museum.  They were exhibited by the museum in the same year and a booklet, ‘The Last Days of District Six’ was printed by the museum to accompany the exhibition. Jan died in 2007.

In 2014 I started a Facebook page so his photographs could be seen by the communities which he photographed – https://www.facebook.com/Jan.Greshoffs.Photographs

It was through responses and comments made about the photos on this forum that it became clear that Jan’s District Six images provoked memories and intense emotions. Many comments related to the way of living in a cohesive multi-ethnic society, the ‘spirit’ of District Six, memories of District Six characters, childhood games, physical places such as the shops, ‘bioscopes’ and streets. Feelings of anger were also expressed in relation to the Group Areas Act and subsequent forced removals from District Six. Feelings of frustration and anger were also expressed in relation to the painfully slow restitution process.

It was through these comments made in response to the photographs, and through discussion with an ex-District Six resident, that the idea of recording these stories in more depth came about. The book contains memoirs and poetry submitted by 63 ex-District Six residents and by those who had a connection to the area. The stories which have been submitted are only a small fraction of the stories to be told. The editing process has been done in a collaborative way with each of the contributors. The stories are theirs and it was important that they were a part of this process. It felt important that these memories of an area no longer in existence were captured and preserved for the future and that what happened to District Six was not forgotten and the memory of District Six was kept alive.

All the money generated from the sales of this book will be donated to the District Six Museum to support their valuable work in preserving and archiving the history and memories of forced removals from District Six and other areas.

Only 725 copies of the book have been printed.  It is available from the District Six Museum, Select Books, Clarkes, The Book Lounge, Bokmakiri Books (Swellendam) & Timbuktu Books for as long as stocks last. 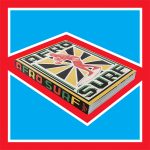 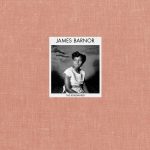