His legacy which is housed at Wits Historical Papers and the ‘best of’ his photographs from South Africa and the USA have been digitized by the PLP. The new book contains images from the unpublished essay he did on ‘Black Ingenuity’. The Relaunch of House of Bondage by Aperture signals the return of Ernest Cole’s Legacy and missing negatives.

“Ernest Cole learned a number of lessons at Drum: the first was that resistance to apartheid could take many forms—it could be engineered through utilizing international styles and ideas just as intensely as it could be triggered by employing new technology. Luckily for Cole, photography was not yet recognized by the conservative white establishment in South Africa as any kind of threat. He also learned that “culture” can be used to oppress as easily as it can be employed to establish solidarity. “ 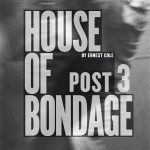 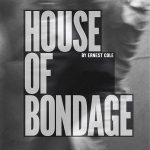