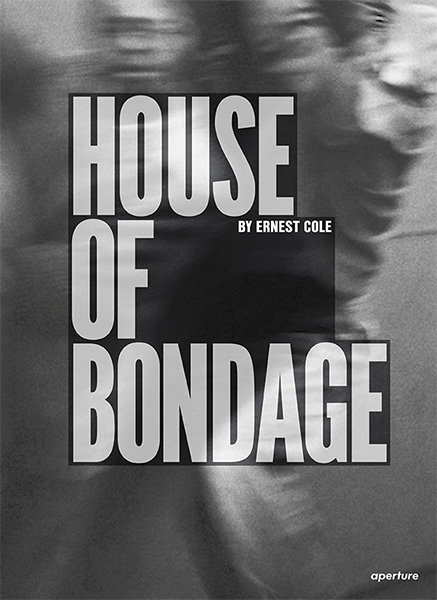 House of Bondage by Ernest Cole, a book that became a seminal reference point in exposing black life under apartheid was first published in 1967 and was immediately banned along with the author, who lived in exile afterward. Over 50 years later, the book is being re-issued in a new edition published by Aperture, with the first launch in South Africa, 29th November 2022. The significance of this moment should be unpacked in a number of ways.

Cole, in his early twenties, courageously and skillfully produced 18 essays of black life under apartheid in House of Bondage. It was an extraordinary document of its times. He begins the book with ‘The Mines’, the heartbeat of the South African economy. Significantly, it was his most in-depth photographic research. Here he digs deep into mining culture reflecting the many facets of the lives of ordinary miners. Mining had become the bedrock of South Africa’s wealth, long before official ‘apartheid’, and instrumental in the development of a segregationist society. Randlords had petitioned soon after its discovery of gold mines in the 19th century that Africans be induced to work on the mines through the hut tax system, thus impoverishing peasant agriculture, forcing indigenous farmers to pay tax by working on the mines and simultaneously creating the notorious migrant labour system. The legacy of this system was very much alive and well-entrenched when Cole turned his camera in that direction. It was as Mongane Wally Serote describes in his introduction to the new edition of House of Bondage, just one of the ‘horrors of apartheid’.

Cole’s approach was not simply to show the ‘horrors’ but also how people survived and expressed their humanity. ‘The Mines’ essay revealed a 360-degree photographic endeavour that became his aesthetic trademark. He shows the arrival and departure of workers from trains, the medicals, how they eat, sleep, AND drink.

The other essays in House of Bondage, include amongst others ¾ the pass laws, education, domestic work, and healthcare. The book ends with banishment where ‘trouble makers’ and opponents of apartheid were removed to desolated areas. MoMA curator, Oluremi C. Onabanjo, summarises Cole’s contribution to South African photography as well as to the larger history of photography in her essay in the new edition, and aptly observes: ‘Deftly harnessing image and text, Cole mines the grounds upon which Black life in South Africa during the twentieth century was surveilled, regulated, and subjected to forms of punitive existence. His lucid analysis and sophisticated visual grammar produces a blistering critique that reverberates not through the register of the spectacular, but rather through the relentless documentation of so-called unremarkable scenes’.

The new edition of House of Bondage reproduces the same images, texts and layouts of the original, while adding a new cover, new opening texts, as well as an additional photo-essay called ‘Black Ingenuity’ ¾ an essay on music and culture that Cole started selecting for the original edition but were not published. These unseen images suggest that Cole wanted to expand his portrayal of black life under apartheid, showing people not simply as victims but with agency in their circumstances. Resistance to apartheid was not just political, but also meant finding ways in which people expressed themselves in a dark time. As author James Sanders, observes, ‘Ernest Cole learned a number of lessons at Drum: the first was that resistance to apartheid could take many forms—it could be engineered through utilizing international styles and ideas just as intensely as it could be triggered by employing new technology. Luckily for Cole, photography was not yet recognized by the conservative white establishment in South Africa as any kind of threat. He also learned that “culture” can be used to oppress as easily as it can be employed to establish solidarity’.

Serote’s perceptions about the unseen new images of Cole’s are incisive: ‘Cole’s fragmented, handwritten note, for the “Black Ingenuity” chapter, that the flourishing “of culture, of creativity, and of all the things they [the apartheid state] failed to stamp out” becomes part of the eternal evidence of all that is not known, that which was hidden, which is now laid bare, to state that, by their making music and art, dancing and sporting, the utterly battered were living life, which they had to forever claim’.

The re-issue of Cole’s House of Bondage, described by Oluremi C. Onabanjo as a ‘landmark publication’ and ‘one of the most important works of twentieth-century photography’, coincides with the completion of the Photography Legacy Project’s digitisation of the ‘best of’ the 60 000 missing negatives from South Africa and the USA, retrieved by the Cole Family Trust in 2017. This material along with the physical negatives and papers are now housed at Wits Historical Papers. In tandem with the re-issue of House of Bondage, this powerfully signifies that Ernest Cole has finally come home to be celebrated in the country of his birth. 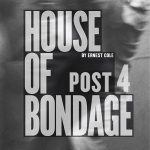