Insights from the Archive: The Last Photograph of Martin Luther King – A South African Connection

The last photograph of the tragic assassination of Dr. Martin Luther King in Memphis, 4 April 1968 is well-known. Less-known is that it was taken by a South African photographer, Joseph Louw. Joseph Louw left the country because of the immorality act in the 1960’s and found his way to the USA. He had worked for Drum and Post before his self-imposed exile. Louw, having graduated from Columbia University was on assignment for a Television network called the Public Broadcasting Laboratory (PBL).  He was covering the Poor Peoples Campaign which King had come to support and was invited by King to document the events. Ironically, the previous night, King had given his famous “I’ve been to the Mountaintop” speech where he had expressed a preparedness to face his own death. Louw was the only photographer on the scene as he was staying just a few rooms down in the same motel.

Processing the film afterwards, Louw told Life Magazine, “it was the longest 10 minutes of my life. The first picture I looked at was Dr King lying behind the railing. I never did photograph him full in the face. I felt I had to keep my distance and respect.” The moment catapulted Louw into his photographic career and he was commissioned by Time to cover the funeral. Three days after his death, PBL screened his unfinished documentary called Free at Last. Louw and the network pledged sales of the image to support organisations that supported the ideals of the slain civil rights icon.

As he told Farook Kahn of the Post, “I got a major assignment, probably the biggest in my life, and it came about through such a great tragedy – the assassination of one of the greatest leaders in the United States. By the time the funeral was held, there were thousands of photographers who turned up and I was able to take my place among them. It was an experience which drained me mentally and physically. It was emotionally wrenching. It was sad, yet it was a job that I had to do.”

Joseph Louw returned to the country and worked as an editor for the SABC before his death in 2004. His work is housed at Getty images and an exhibition was shown at the ICP. There is still much more to know about Louw’s archive and his photographic journey. 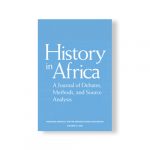 No Way Back – Reflections on the Future of the African Archive by Jurg Schneider and Paul Weinberg in the journal History in Africa.Newsletter 1 Feature 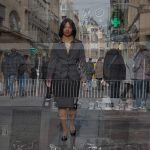