In urban Nigeria, the profile of photography as an art form is on the rise and the work of female artists is coming to global attention. This article argues for a more nuanced analysis that reflects on image objects that ‘speak back’ to issues of inequality and challenge center/periphery sightlines that remain salient within a transnational, interconnected ecosystem. ‘Picturing women’ alludes to the active intersection of the feminine as framed identity within a context of unequal power relations at the global and local level. Through the prism of three key pieces from artists Ndidi Dike, Adeola Olagunju, and Jumoke Sanwo, based in Lagos, Nigeria, I trace the use of lens-based media within their respective practice. What emerges is the relevance of enduring ways of seeing and being from a local ethnographic context that challenge the powerlessness discourse that so often frames visions of Africa. The concept of ‘impaired citizenship’ from the work of theorist Ariella Azoulay provides a helpful provocation to think about the particularities of place that photography unsettles to propose connectivity beyond borders. In conclusion, the article calls for more critical engagement with discursive questions of difference to counter persistent opacities and silences.

Digital Visual Activism: Photography and the Re-Opening of the Unresolved Truth and Reconciliation Commission Cases in Post-Apartheid South Africa

This article explores the creation and curation of digital photographic heritage relating to the anti-apartheid struggle in South Africa as a political project and examines the importance of the online circulation of historical photographs from private collections for public engagement with the re-opening of unresolved judicial cases concerning activists who were detained, tortured and murdered during apartheid. Focusing on the advocacy and commemoration practices relating to the re-opening of the inquest into the death of anti-apartheid activist Ahmed Timol, who was killed by the South African Security Police in October 1971, the article demonstrates that the curation of photographs included on the website relating to his life and murder can be understood as digital photographic heritage in formation. The article considers how the photographs constitute a form of virtual posthumous personhood and argues that Timol’s digital afterlife moves beyond commemoration and contributes to the ongoing struggle for justice in South Africa in the aftermath of apartheid.

Drawing on debates on materiality, this article investigates the lives and multiple afterlives of prison identification photographs of individuals hanged by the apartheid state in South Africa during the 1960s for crimes framed as political. In recent years these photographs have been recovered and repurposed as part of post-apartheid nation-building and memorialization projects. Under the auspices of the Gallows Memorialization Project, bureaucratic records and photographs have been recovered from the apartheid state archives, reinterpreted and placed into different and new ‘presentational circumstances’ that desires to overturn their original oppressive logic. However, as the photographs and documents are used to fix the identities of particular individuals that the project seeks to commemorate, the logic that drives their reproduction in the new configurations and contexts seems to replicate the bureaucratic rationality that produced them.

Stone Town’s busy streets in the 1950s became a set for photographer Ranchhod Oza, proprietor of Capital Art Studio (1930‐83). I was aesthetically drawn to the numerous bicycles portrayed in these Zanzibari images, just as Oza had been at an earlier time and place. I am less interested in reading the subject of bicycles as simply a sign of Zanzibari modernity, an accoutrement that projects a fantasy of advancement via technological things. Instead, I focus on their ability to reflect various material aspects of daily life in Stone Town. Some bicycles carry people, others transport things, while still others appear as stage props, leaning up against walls while waiting (im)patiently for their owners to return. Yet in all these Oza images, they are moving still, ready to reach another chosen destination. What does the content of bicycles say about Oza’s photographic style? Can these bicycles potentially speak to Zanzibar’s placeness as a cosmopolitan Indian Ocean port city?

Land and Sea Acts: Performances in and out of Photography on the South African Coast

This paper presents a temporal and spatial ‘sojourn’ through a single photograph taken by Daniel Morolong in the 1960s on the beachside in East London, a port city located in the Eastern Cape. It depicts six subjects who re-enact the sixteenth-century Italian ‘Neptune fountains’, which included mythological figures such as the god of water, water nymphs, and satyrs. The figure of the satyr on the fountains alluded to the theatre genre of the satyr-play in antiquity, which often took place by the seashore. One of its key motifs was the satyrs’ quest to navigate unfamiliar surroundings they encountered far from home. Morolong’s photograph is a part of a series that were used by their subjects to make claims for belonging in the context of apartheid-era forced removals from the city. This essay considers how the photograph is a performance in a quest to return home precisely through the subjects’ invocation of satyrs, and, in turn, it reflects on how the photograph as a technological medium that is marked by water in both literal and figurative ways, is too a ‘satyrical’ object.

This essay describes and reflects on an encounter between Argentine photographer Lucila Quieto and four Rwandan photographers who grew up in the Imbabazi Orphanage on the border of Rwanda and the Democratic Republic of Congo. All five photographers lost their parents as children through political violence. And all are dedicated to using the storytelling potential of the camera to advocate for social justice in Argentina and Rwanda. However, the artistic landscape in the two countries is radically different. Whilst Argentina has a rich history of photographic explorations of loss, absence and injustice, in Rwanda photographers are still looking for new visual languages to articulate their experiences of the 1994 genocide against the Tutsi. The photographers’ virtual meeting and sharing of materials resulted in the generation of new work that was inspired by but does not derive from Quieto’s influential photo-essay Arqueología de la ausencia. This essay draws on interviews with Quieto and the Rwandan photographers, provides examples of the work, considers the aesthetic strategies adopted and discusses their significance in the Rwandan context.

Based on ethnographic research in Cameroon, this article discusses recent developments in the field of African studio photography. It focuses first on how technical innovations have changed photographic practice and how this has affected studio photography in Cameroon. While new image-making professionals have emerged, most of the studios going back to the black-and-white era had closed down at the time of my research. Many of their photos were discarded or damaged. In the second part the article discusses how studio photography has been appropriated by the Western institutions of art and academia since the late 1980s, and how these ongoing activities contributed to the valorization and commodification of photographs outside their original contexts. As many photographs have either been destroyed, appropriated by the art market or have found their way into academic archives, I will conclude by arguing that these parallel developments have made the remaining studio photographs both precious and precarious. 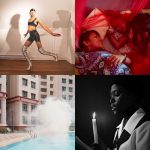 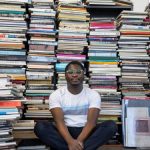 Dikan is a new library of photobooks and a learning centre in GhanaAfrican Photography Archives, News