In our series of letters from African writers, Nigerian novelist Adaobi Tricia Nwaubani writes about a new initiative to reclaim artwork looted from Africa by colonial powers.

What if Africans somehow managed to access museums across the Western world, gather all the artwork looted from their territories during the colonial era, and take them back home?

A young Nigerian man is attempting to do just that. But rather than physically breaking into museums and carting away the works of art, he wants to repatriate them digitally.

“This is the first digital repatriation of stolen artwork,” said 34-year-old Chidi, a Nigerian creative designer and founder of Looty, who declined to give his surname because, he said, he wants people to focus on his project and not his person.

“I had this idea that: Why don’t we take back the physical works of art into the digital world?”

The idea of Looty first came to him following the growing conversations around non-fungible tokens (NFTs), which claim to provide public proof of the ownership of digital files. 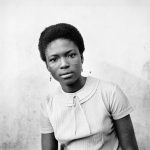