South African photographer Tshepiso Mabula has been awarded the 2021 Women Photograph + Getty Images Scholarship. Somaya Abdelrahman, from Egypt, and Nonzuzo Gxekwa, from South Africa, were also shortlisted for the award.

“Tshepiso’s body of work was a moving and visceral experience for all of the judges. Her visual representation of memory, trauma, and belonging paired eloquently with her words and communicated the poise and emotional vulnerability she with which she approaches her craft. Please join us in congratulating Tshepiso as she starts her Master of Arts at the University of the Witwatersrand in Johannesburg!”
— Vi Nguyen

Ukugrumba, which means to “dig up” in isiXhosa, is a body of work motivated by my family’s trauma as a result of activism in South Africa’s struggle against apartheid, liberation and reconciliation effects within present day South Africa. It seeks to exhume experiences of the foot soldiers that sacrificed their youth by fleeing away into exile to join in the trenches for armed struggle for national liberation; including those who stayed in the country to continue the fight against the brutal apartheid regime. More often than not, those who are hailed as heroes of the struggle are well known political figures. Ukugrumba is a visual representation and narrative of the forgotten people who were affected both mentally and physically by the effects of the armed struggle against apartheid.

Ukugrumba, also, examines haunted places that bear memories of a violent past. The work interrogates conversations of the struggle and details testimonies of untold stories of former liberation soldiers and their families. The work revisits the past to shed light on the reality of the trauma that apartheid caused. This trauma continues to plague both the old and new generations of South Africans. The individual stories in Ukugrumba are part of greater narrative of South Africa’s past in relation to the new South Africa of reconciliation. 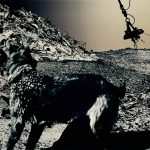 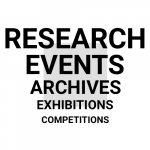