Documenting violence against migrants in South Africa – a photo essay

In May 2008, a series of xenophobic attacks accompanied by widespread looting and vandalism left at least 62 people dead, 1,700 injured and 100,000 displaced in South Africa. The violence began in Alexandra in Johannesburg after a local community meeting at which migrants were blamed for crime and for “stealing” jobs. Within days the attacks had spread around the country, with Ramaphosa settlement on the East Rand becoming one of the areas that witnessed inhumanity on an unthinkable level.

On 18 May, 35-year-old Ernesto Alfabeto Nhamuave was beaten, stabbed, covered with his own blankets and set alight. The following day, a 16-year-old migrant was hacked, burned and left for dead on a refuse dump. Miraculously, he survived. Across the land, tens of thousands fled their homes, crowding into community centres and police stations for protection until they could be moved to makeshift camps.

In the years that followed, prosecution of perpetrators was slow, socio-economic change was negligible, and the anger of poor South Africans, who have yet to see the promised fruits of their 1994 liberation, was left to simmer…

In April 2015, an upsurge in xenophobic attacks began in Durban and soon spread to Johannesburg. Zulu King Goodwill Zwelithini was accused of fuelling the violence with his comments, which were reported as: “Let us pop our head lice. We must remove ticks and place them outside in the sun. We ask foreign nationals to pack their belongings and be sent back.”

Zwelithini claimed the media had misrepresented his remarks. In that month alone, at least eight people were killed and hundreds displaced. 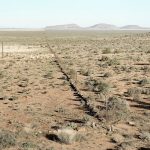 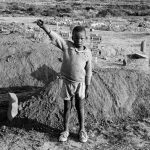